Township Meetings are scheduled to occur on the second and fourth Monday of each Month at 7:30 pm.  If the Monday falls on a national holiday the township meeting shall occur the following business day at 7:30 pm. 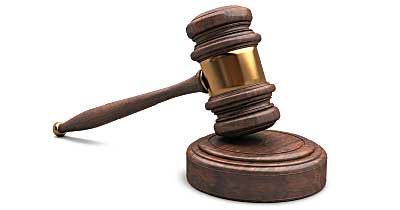 Citizens are welcome to attend all public meetings of the Township. Citizens who wish to address the Township Trustees with a concern or comment are welcome to address the Trustees at the scheduled Township Meetings at the beginning of each meeting or at the Trustees’ request. If you wish a topic to be placed on the agenda, don’t hesitate to contact the township office in advance before the meeting. Township Meetings are public working sessions where the Township Trustees meet as a committee of the whole. To address all items promptly, the Trustees ask that the public reserve any comments on discussion items to the period set aside for that purpose at the beginning or end of the meeting. The President will request comments related directly to action items and decisions before voting.

“Those who deny freedom to others deserve it not for themselves, and, under a just God, cannot long retain it.”

Q: What is a “sunshine law”? A: In Ohio, the “sunshine laws” refer to Ohio’s Public Records Act and Ohio’s Open Meetings Act. These statutory laws are based on the notion that there should be “openness” in government, with public access to records and meetings and the conduct and activities of government.

Q: What records are public under Ohio’s Public Records Act? A: Generally speaking, a “public record” is a record held by a public office and is intended to include such things as paper, computer disks, film/videotape – that is, any item, regardless of its physical form, that is a stored or fixed medium.

Q: What is a public office? A: The Public Records Act specifically defines a “public office” to include a “state agency, public institution, political subdivision, or any other organized body, office, agency, institution or entity established by the laws of this state for the exercise of any function of government.” That is a broad definition applied to otherwise private entities that perform a public service and are supported by public funds.
Q: What are a person’s rights under the Public Records Act? A: Generally, a person’s rights include the right to a prompt inspection of public records and, upon request, the right to copies of those public records within a reasonable period.

Q: Are there any exceptions under the Public Records Act? A: Yes. The Act explicitly identifies certain exempt records, including medical records, trial preparation records, confidential law enforcement investigatory records, and adoption records, among others.

Q: What is Ohio’s “Open Meetings Act”? A: This law essentially requires all public bodies to take all official actions and hold all deliberations on official business in meetings that are open to the public.

Q: Can a public body ever hold meetings in secret? A: Yes. There are specified reasons for a public body to adjourn into an “executive session.” However, the fact that the body is going into an executive session must be part of a public meeting, and proper protocols must be followed. These sessions are not open to the public. Justifying an executive session includes discussions about personnel matters, the purchase of property, pending or imminent court action, and collective bargaining.