Randall A. Pero is the newest elected trustee (2017) and is the 2021 board president. He graduated from East Canton High School in 1996 and West-side Institute of Technology in l998. He is following his dad's footsteps as trustee (Richard Pero 2002-2017) picking up where he left off. Randy has served on numerous boards including the Osnaburg Local School Board from 2014-2017 where he ended his term as the president. He excelled at being the community liaison for the board and enjoyed seeing the successes of the school district grow both academically and athletically over his term. He has also served as the chairman for the Stark Soil and Water Conservation District Board where he gained much new knowledge of the importance of preserving the quality of our water and proper drainage. Other board experiences include the Tri-County milk producers board, Smith Dairy Milk Producers Board, and Stark County Farm Bureau. Randy is a 3rd generation dairy farmer. He and his wife, Kristy, own and operate Pero Dairy Farms on Motts Avenue, where they milk 180 Holstein cows. Randy always strives to find the most efficient ways to operate the farm, implementing the latest technology, while concentrating on what is best for his herd and the environment. Randy and Kristy have 6 beautiful children together. No matter what aspect his time is being devoted to, he always gives full effort and dedication. He will continue to do so as the newest trustee and looks forward to working with the people of Osnaburg. Randy can be reached at 330-204-3633. 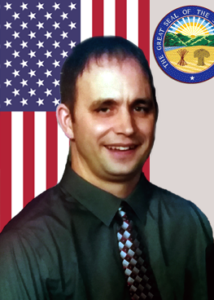 Brenda A. Griffith was elected as a new trustee in 2014.  She is a 1978 graduate of East Canton High School and has extended her education to include a Master of Business degree, a Bachelor of Science in Accounting Summa Cum Laude, and an Associate of Applied Business in Accounting-CPA option. She is employed by Stark State College as the Advancement Services and Foundation Finance Administrator and is just finishing an elected term as President of the Stark State Toastmaster organization. Brenda is also CFO of D. Griffith & Sons Inc. alongside her husband and President of the company which consists of excavations, installation of septic/sewer systems as well as an oil production licensed under the state of Ohio. Brenda previously worked as the Elementary Librarian for Osnaburg Schools for 10 years before transitioning employment to Stark State College. Brenda and husband Denny currently reside on a farm in Osnaburg Township and a member of Indian Run Christian Church. They have four children and 11 grandchildren who are the center of their lives. You may contact Brenda directly by phone at (330) 936-5997, by clicking on contact from main menu or simply click email link below.

Clifford R. Varian was elected trustee in Nov 2019, Cliff is a 2001 graduate of East Canton Schools, 2005 graduate of Malone University, 2007 graduate of Malone's master’s program with a focus on Educational Leadership. Cliff and wife Megan (Stiffler) Varian have four children. The Varian family live at and help operate Varian Orchards, a family run and owned Apple Orchard in Osnaburg Township. Cliff is currently the director of Kid Watch in Louisville, Ohio. Kid Watch is a church preschool. On Sunday mornings you can find Cliff as the music worship leader at St. Stephen Martyr Lutheran Church on the corner of Fulton and Dressler Rd in Canton. Cliff is very excited to join the team of Trustees; he feels that he brings a great understanding of Osnaburg Township and the residents. He brings good communication skills and his love for Osnaburg will make him a great Trustee.  You may contact Cliff directly by phone at (330) 705-2607, or by clicking on contact from main menu or simply click email link below. 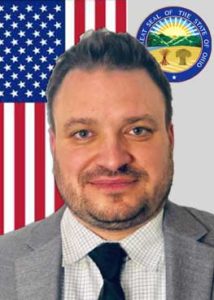